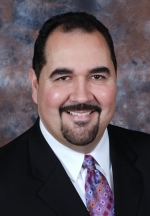 Barna research points out that just thirty-five percent of men in the United States attend church weekly. In Europe it is five percent. According to the United Methodist Church Web Site on attendance in 1999 there were about 875,000 women in attendance at church every weekend to 248,000 men. This lack of men enlisted in God’s work is a serious problem to the healthy existence of our churches. Every wife’s prayer and mother’s desire is to see the men they love at church actively worshiping and participating. Let’s be purposeful in bringing them home.

Most men don’t complain about their needs. But when their needs are not met, when they are not challenged from our pulpits, and when other men they admire are absent they let us know their disapproval through their absence. Here are a few ideas on how Men’s Ministries can help men in your congregation get stronger and absent men return.

I received a call from a Men’s Ministries director in central Florida telling me about a white water rafting trip his Men’s Ministries department arranged. Only five men ended up going on the trip, but among them was one man that had not made a decision for Christ. His wife and the church had prayed for him for years. He returned from this excursion with the news that he wanted to be a member of the church and was baptized shortly after. What can Men’s Ministries do for your church?