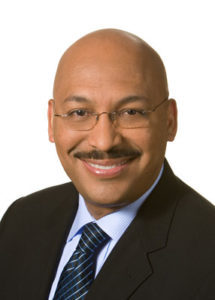 The 1997 North American Division year-end meetings voted the following policy statement: “The Department of Family Ministries oversees the work of Men’s Ministries and encourages local conferences and churches to give attention to a specialized ministry to men in order to develop stronger commitment to God, to their families, and to the mission of sharing the gospel with their friends, neighbors, and colleagues.”

Today, the new phenomenon of men’s ministry is catching on.

Traditionally, women have outnumbered men in local church membership and leadership, even though the corporate leadership is still disproportionately male. The majority of our pastors are male, but the infrastructure of church activities and ministry is staffed by women.

A combination of factors has influenced the preponderance of female leadership and involvement in local church ministries. For example, in the past, men were the traditional wage earners while women stayed home and looked after the family. They had more freedom than men did to take an active part in church activities. Then in the mid-twentieth century, feminism became a dominant social movement, and women began to claim their rightful role in employment and leadership at all levels, including the church. The civil rights movement also had its impact on women’s roles. The fight against racial segregation and social stratification did not fail to recognize that a just and equitable society would emerge only when all people, irrespective of color, gender, or ethnicity, would have their rightful and equal role in society.

The church did not escape the influence of the women’s movement. Indeed, many women have felt empowered to exercise their leadership talents and come forward to be more active in the church in more influential ways than the ways traditionally open to them. Their ministry has strengthened the church. One effect of this emerging role of women has been its impact on men. While the more egalitarian relationship between men and women in society has positively affected the relationship between genders in the home as well as in the church, the new trend has alarmed some men.

This is nothing new. A closer look at the issue of male-female relationships will clearly show that Bible authors raised similar questions back in the first century, before there ever was a modern women’s movement.

Mutuality between men and women
Paul spoke candidly on the issue: “Submit to one another out of reverence for Christ . . . Husbands, love your wives, just as Christ loved the church and gave himself up for her . . . In this same way, husbands ought to love their wives as their own bodies. He who loves his wife loves himself . . . For this reason a man will leave his father and mother and be united to his wife, and the two will become one flesh . . . Fathers, do not exasperate your children; instead, bring them up in the training and instruction of the Lord” (Eph. 5:21, 25, 28, 31; 6:4. NIV).

Paul advocates mutuality in the relationship between husband and wife. He also indicates that husbands should love their wives as Christ loved the church. A loving husband is one who nurtures and cares for his wife by relating to her as a partner, rather than treating her like someone under his control. A loving husband will properly provide for his wife (see 1 Timothy 5:8). The fact that a man’s wife may work outside the home does not lessen the husband’s God-given responsibility to support his wife and children.

Men’s ministries is a ministry that has emerged precisely to support men in their roles as husbands, fathers, and committed Christians. Every time I participate in a men’s ministries conference, I notice the impression it leaves on the men who attend. At the end of the weekend, men leave with a stronger commitment to God, a stronger dedication to their families, and higher dedication to share their faith with others.

Anything that has this kind of effect on men in the church is positive. Hence the new policy on men’s ministry.

Men’s ministry
The mission of this ministry is to “galvanize the energy of men for God, family, and community.” The vision statement proclaims, “Men who love and are committed to God, their families and their communities.”

Would men’s ministry add to the burden of local pastors? No. In fact, the ministry has the potential to lessen the load of the pastor and serve as a facilitator of vibrant ministries in the local congregation.

Avoid implementing too much too soon. Men’s ministries take time to grow. Often, motivated and excited pastors or laymen will develop a program without taking the necessary time to communicate the mission of the group to various levels of men’s gatherings. Be careful not to force an elaborate program upon men, for which they are not yet ready. Take time to build a substantial, reliable foundation that can survive the growth and the challenges that come with that progress.

Embrace this ministry and by the power of God watch the men who have been on the margin come into the mainstream of church life and add to your few good men.